Welcome to Warsaw at War: 1939-1945, a guided 70-minute audio walking tour of the historic, vibrant, scenic capital of Poland!

If you love history, culture, tragedy, stories of heroism, brave heroes, battles and honour, this tour is one you will remember. Warsaw is a phoenix, it rose from the ashes of WW2 to become the amazing city of high culture, art and beauty it is today. The Polish fought fiercely to hold onto their heritage, and we document their struggles during WW2 against the two great European powers of the day, Nazi Germany and Communist Russia.

We gain a glimpse into the long-standing conflict with these nations that Poland has had to endure, its fight for freedom and independence against the German war machine, and its indomitable will despite overwhelming odds.

Warsaw was 9/10ths destroyed after the Second World War, it was painstakingly rebuilt, brick by brick, lovingly restored with the help of detailed paintings from masters of the canvas and other unnamed heroes at schools of architecture.

The city saw artillery shelling, dive bombing, tanks, troops, sabotage, roundups; it suffered brutal atrocities against Poles and Jews - men, women and children. In its defense, Varsovians endured, planned, fought back, survived and prospered while their enemies are now memories of infamy.

Now, as you visit the sites of battles, memorials and places that are only a memory, you will see that Warsaw remembers its dead, the sacrifices they made and the price they paid for freedom.

The next 90 minutes will take you to well known sites, and some that are less well known, yet nonetheless pivotal to the story of Warsaw. We learn a little bit about its past, its notable figures, places that are lost to time and history, its great struggles before and during WW2, and the many monuments we find along the way will share their secrets and stories with us in detail.

I hope you will enjoy the stories Warsaw has to tell as much as I enjoy sharing them and making the city's past come alive.

You can get a taste of the tour from some photos I've taken on the route here: 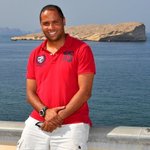 Born and raised in Cape Town, I've visited 30 countries and 200 cities. After 11 years in amazing Dubai I am now resident in incredible Warsaw, Poland. I'm both a certified South Africa and Poland tourism specialist, a PADI rescue diver, an ex-bodyguard, a decent photographer, have TripAdvisor Level 6 and Google Local Guides Level 9 status. I'm a certified commercial drone pilot in Poland and a licensed tour guide in South Africa.

Poland is now my home, I love learning and sharing its stories.

We start in front of St Anne's church with its well-known bell tower, near the Old Town. It stands just across from the Warsaw Royal Castle.

If you're coming from Warsaw Central Station, Złote Tarasy mall or the Palace of Culture and Science, walk East (200-400m depending where you start from) to Marszałkowska Street and take the #4 Tram going to your left. This is North, parallel to the Vistula river, if you face Marszałkowska Street with these locations behind you. The tram goes directly to the station at the Warsaw Old Town, where you will take the stairs or escalator up to the Old Town. The tram will turn right at aleja Solidarności / Solidarności Street. The journey will be 8-10 minutes and cost PLN3.40 - a 20-minute tram ticket will suffice.

You can take any other tram going North, but then change at either Plac Bankowy or the next stop, Metro Ratusz Arsenał to the line on Solidarności Street. From there it is only 1 stop to the Old Town.

If at Warsaw Central Station (next to Złote Tarasy mall), take the #160 bus for 7 stops. The journey is 14 minutes.

Mornings from 10am is great, since most shops and cafes are open by then. This is the standard tour start time in Warsaw. In winter it is best to start by 2pm at latest to end before it becomes too dark for photos or further sightseeing. In summer days are long and the night life is excellent, so a later start is not an issue.

Various holidays or public events can cause it to be closed unexpectedly. Check their official web site to be sure. The link is: https://www.zamek-krolewski.pl/en/your-visit/opening-hours-in-the-summer-season

In autumn and winter Poland is rather cold, with temperatures approaching 0° C / 32 °F or lower. Wear warm clothes, gloves and a cap. In summer it can rain unexpectedly, so check the weather in advance and prepare accordingly.

Thank you! Your comment is greatly appreciated. I am so glad you enjoyed the tour! ;-)

Posted by Lloyd , almost 2 years ago

Preview mode limited to first 3 locations.
Purchase to hear all 38.

Trace the fascinating and violent history of Warsaw during World War II
By: Lloyd De Jongh
(14)