Who are we Latvians? Where do we come from? What do we believe in? On this tour, I’ll try to answer those questions with exciting stories from our history as well as a few Latvian legends instead of dry facts and numbers. I’ll also lead you to some of the most important landmarks in Riga’s Old Town.

I’m Emīls, by the way, and Riga has been my home since 2012. My background is in finance, but I also studied culture and history and I believe that the best tour guides are storytellers. Stories open the doors of our imagination and make city streets come alive.

Along the way, I’ll tell you about:

• The location of the oldest pagan settlements
• What hides in the basement of a Reformation church
• The mysterious monks of the St. John church
• A popular fairy tale called theTown Musicians of Bremen
• St. Peter’s church and the unfortunate burning of Riga
• The Brotherhood of Blackheads and their splendid party house
• Dome Cathedral and its “witches”;
• The rise of Latvians
• Making sense of the Latvian code at the Monument of Freedom. 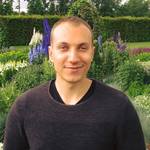 I am Emīls - joyful and artistic Latvian guy and a professional tour guide. Riga has been my hometown since 2012 and I have fallen in love with it ever since. I love telling about history through stories which allow us to experience places, people and events in a much more vivid, exciting and authentic way.

The starting point of Albert's Square is a bit unusual and even some locals do not know about it. If you live or you're staying in the Old Town of Riga, you can just walk there on foot. If you are further away, take any transport to the Old Town of Riga and walk to Albert Square. You can find Albert's Square in Google Maps by typing "Alberta laukums".

The Old Town of Riga is full of lovely cafes and restaurants, therefore you can stop at any point you want.

If you take this tour as the skies start to darken, a few objects might be less visible. However, the Old Town of Riga is usually quite well illuminated, so the tour can take place at any time of day.

Old Town of Riga is a safe place, but you should be aware that there may be pickpocketers.

Preview mode limited to first 3 locations.
Purchase to hear all 23.

Hear stories at the heart of Latvian identity and take in Riga's must-see sites
By: Emīls Dzelzkalējs
(2)