While you can do this tour on site or virtually, from home, the theatres themselves are currently closed following official government advice to help slow the spread of coronavirus.

Many theatres will struggle to survive this time, even with measures to support their workforce. Lots of theatre organisations are charities and trusts, with low reserves. If you are in a position to help by donating or supporting by purchasing Theatre Tokens to redeem when theatres reopen, please go to bit.ly/helptheatres.
______________________

Play the starring role in a tour of London’s historic West End with the help of British acting icon Ian McKellen.

This tour takes you from theatre to theatre on a route from Leicester Square through to Covent Garden, Embankment and The Strand. Along the way, Ian will whisper secrets of the stage and tell the story of some of the capital’s most fascinating buildings.

You’ll travel back in time to experience Theatreland as it was for actors and audiences 300 years ago, before electric lights and moving sets, when audiences showed their disapproval by throwing fruit at the stage. You’ll also learn the stories of the actors, architects and managers who shaped this unique part of London, turning it from one of the city’s most disreputable slums into the glittering heart of British theatre.

As you wind your way through the backstreets and alleyways of the West End, you’ll discover a theatre that started out as a public toilet, and another that began a banana-ripening depot. You’ll visit the sites of the murders and arrests that shocked the theatre world, as well as the favourite haunts of actors past and present.

Ian will also recount fascinating stories from his illustrious career on the stage as you walk – his favourite venues, his least favourite performances and where he made his professional acting debut.

A must for thespians and history lovers alike, this tour recounts the captivating story of London theatre and reveals the secrets of one of city’s most iconic districts. 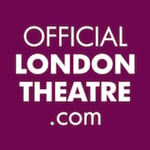 Official London Theatre is the capital’s leading theatre website bringing you closer, taking you backstage and putting you in the spotlight of the exhilarating world of the West End. We aim to bring you the very best information about London shows, the hottest London theatre shows news, fantastic features with the stars and creatives from shows in London, and a safe, trustworthy place to buy your London theatre tickets.

From Piccadilly Circus underground station: Exit onto Coventry Street. Head east until you cross Wardour Street and approach Leicester Square. Once in the Square, turn right and head to the south of the Square. TKTS is the building next to the Park, opposite the Radisson Blu Edwardian Hampshire Hotel.

From Charing Cross underground station: Exit onto The Strand. Walk towards Trafalgar Square and then turn right onto St Martin’s Place, which becomes Charing Cross Road further up the street. Walk towards the National Portrait Gallery with Trafalgar Square on your left and St Martin’s in the Field church on your right. After you’ve passed the National Gallery you will need to turn left onto Irving Street and continue on Irving Street right into the heart of Leicester Square. You will be able to see TKTS Ticket Booth straight ahead of you.

We recommend parking at Q Park Leicester Square, 39-41 Whitcomb Street, London, WC2H 7DT. If you buy a ticket for a show at the TKTS booth, make sure you validate your parking ticket at the theatre to get 50% off. (Participating theatres only).

For more information on travelling in London and to find help planning your journey visit http://www.officiallondontheatre.co.uk/theatregoers-guide/travel/.

Shopping: Wander Seven Dials and Neal’s Yard, home to many small boutiques and independent shops and cafés. Those in search of further culture should visit an exhibition at Somerset House or browse the collections of antique books in Cecil Court.

Drinking: Go for a drink in a traditional pub such as The Coal Hole or The Nell Gwynne, or visit The American Bar at the Savoy for cocktails based on the different areas of London.

Eating: Mix with the stars at The Ivy restaurant, or visit Rules, London’s first restaurant. For an authentic British experience, take traditional afternoon tea at the Savoy Hotel. There are also plenty of cafés and casual restaurants along the route.

You can take the tour at any time of day, but it’s best to avoid busy hours outside theatres; immediately before and after performances. As a general rule, performances start at 7.30pm and finish around 10pm. Matinee performances may also be busy.

There are many ticket touts in the area – make sure you only buy from a Secured Tickets Authorised Retailer (STAR) such as the TKTS booth. This is a very busy area, so ensure you cross roads at marked crossing points.

Awesome tour - genuinely interesting and, as someone who's lived in London previously and now vistis regularly, I learned something new about my favourite city!

Posted by Anonymous Explorer , over 2 years ago

I took this tour last year and it was one of my most favorite days in London! I'm visiting again soon and have made sure to tell all of my friend's about it. This is a "must do" for anyone who loves theater and history. I went places I would never have gone. I saw things I would never have seen. I had context that I would have normally missed. Bravo!

Posted by Bill , over 2 years ago

Fabulous tour, interesting and fun plus the wonderful voice of Ian McKellen

Posted by Anonymous Explorer , about 3 years ago

To follow the voice of Gandalf through West End sheds a whole new light on this theatre-packed district.
Well given directions along a carefully chosen route.

Posted by Annina M , over 3 years ago

An incredible tour! Well worth it for theatre lovers

Posted by Sarah Binns , over 3 years ago

No Mans Land last night and Ian's tour today. What a treat. Our 6th voice maps tour and they continue to open our eyes to areas of cities we would never think of exploring. To have the richness of Ian's voice guiding us through the alleyways of the theatre district was delightful. Many thanks Ian

Posted by Keith , about 4 years ago

Posted by Anonymous Explorer , about 4 years ago

I enjoyed myself immensely while walking along with Ian McKellen telling me stories! I must have looked a bit strange though at times because some of those stories made me laugh out loud :-) While I have been in London quite a few times, a lot of the facts were new to me and I even discovered a couple of streets/alleyways I hadn't seen before.

Posted by Sietske van Vugt , about 4 years ago

Wonderful tour, really felt like I was taking a stroll with a good friend. Didn't want it to end!

Posted by Sophia E , over 4 years ago

Excellent tour around the theatres densely packed into London's west end, including some history and anecdotes all engagingly recounted by Ian McKellen himself

Posted by Colin , over 4 years ago