'Such Friends': Virginia Woolf and the Bloomsbury Group

Writer Virginia Stephen Woolf and her ‘Such Friends’ lived in the Bloomsbury area of London in the early 20th century, when they were just starting their careers, and became known as the ‘Bloomsbury group.’ We’ll see the houses where they ‘lived in squares and loved in triangles,’ from 1904 to 1915, walking the same streets that they did when they strolled from one Thursday evening salon to another. In the drawing rooms of middle class London, they had whisky, buns and cocoa, and, as Virginia remembered later, ‘’Talking, talking, talking… as if everything could be talked…’ 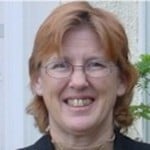 Kathleen Dixon Donnelly has been involved in teaching and the creative process for over 40 years. Her dissertation for her Ph.D. in Communications from Dublin City University, “Such Friends,” was on the creative development of writers in early 20th century salons, including the Irish Literary Renaissance, the Bloomsbury group, the Americans in Paris in the 1920s, and the Algonquin Round Table. Kathleen’s latest self-published book, Manager as Muse: Maxwell Perkins’ Work with F. Scott Fitzgerald, Ernest Hemingway and Thomas Wolfe, is based on her thesis for her MBA from Duquesne University in her hometown of Pittsburgh, Pennsylvania, and is available on Amazon.com in print or on Kindle. Currently Kathleen is a senior lecturer at Birmingham City University. She has published a series of books from her Gypsy Teacher blogs at www.lulu.com/gypsyteacher, chronicling her voyages on Semester at Sea and relocation to the United Kingdom from Florida. She also posts about early 20th century writers at www.suchfriends.wordpress.com with updates on Twitter, @SuchFriends. Kathleen lives with her Irish Husband Tony Dixon and their two cats, William Butler Yeats and Lady Augusta Gregory, in Birmingham, UK. You can contact her at kaydee@gypsyteacher.com.

You can start your Bloomsbury day with high tea at the Morton Hotel, near the Russell Square Tube Station. From there it is an easy stroll to our starting point, the entrance to Gordon Square with the snack shop. I’ll meet you there…

The snack shop at the entrance to Gordon Square is a good place to have an ‘al fresco’ lunch if the weather is nice.
The Northumberland Arms pub, at Grafton Way and Tottenham Court Road, is a great spot to stop for a pint.
The Indian YMCA has a low cost cafeteria with nice lunches, open to the public.

This walk is best done during the day time, hopefully with lovely sunshine and no rain.

As always, be careful crossing the streets—even at pedestrian crossings—and remember which side the cars drive on!

Thank you so much for your great comments! This walk has only been up a few months, and you are the first to comment on it! If you want more information about the Bloomsberries, you can follow my blog at www.suchfriends.wordpress.com where I write about them and other early 20th century writers' salons. I also recommend Blogging Woolf, also at Wordpress, who posts lots more interesting stuff...

Posted by Kathleen , almost 5 years ago

I meant to give the above comment 5 Rating, but clicked too soon

I did this walk on Sat 17th Oct and again on the Sunday 18th with a friend. This was a brilliant walk, very clear instructions and to learn all about the Bloomsbury Group was fantastic. Kathleen Dixon Donnelly has narrated the walk so well and now I cannot wait to research Virginia Woolf and the Bloomsbury Group even further - Thank you

Preview mode limited to first 3 locations. Purchase to hear all 16.

'Such Friends': Virginia Woolf and the Bloomsbury Group

Follow in the Bloomsbury Group's footsteps, where they talked, loved and worked
By: Kathleen Donnelly
(11)