On the HidDenmark MonsTour you'll visit many of Copenhagen's most famous sites. But instead of your standard tourist fair, each location will introduce you to a world of strange and terrible beings from Danish myths and folk legends - mermaids, dragons, trolls, and much more. Remnants of belief in these creatures are still found all over the city, and on this tour we will uncover them, as well as delve into some little-known historical events that may or may not have involved real monsters. So get ready to leave the coziness behind for an hour, and immerse yourself in the Copenhagen MonsTour! 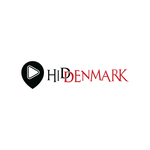 HidDenmark explores and unveils the many hidden places and all but forgotten stories of Denmark. Join us for alternative tours around the most beloved attractions of our country, and see them in a way you never would have imagined.

Watch out for bicycles and traffic in general

Preview mode limited to first 3 locations.
Purchase to hear all 38.

Delve into the fantastical world of Danish myths and folk legends
By: HidDenmark
(10)