Highlights from the historical centre of Coimbra, Portugal’s oldest city

Venture into the heart of Coimbra’s historical centre with me, Sara Cruz, a local guide. On this walking tour, I’ll guide you through downtown Coimbra, called Baixa, where you’ll traverse its narrow streets and church-adorned squares. We'll walk through the city’s old medieval gates to Cidade Alta (or ‘Upper Town’) where you’ll see the Old and New Cathedrals. Most of this historical area was designated a UNESCO World Heritage Site in 2013.

You'll hear about the style of Fado music unique to Coimbra and, along the way, I’ll show you some of the city’s Roman ruins. I’ll also tell you about its early beginnings, and the history of Coimbra's university and its traditions. Our tour ends at the university campus, where you’ll be treated to amazing views over the city and Mondego River.

So, let's roam these cobbled streets, echoing with the mournful sounds of Fado and the memories of times past. 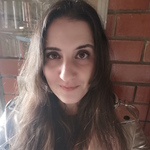 Hello! My name is Sara and I live in Coimbra, a beautiful and historic town in the Center Region of Portugal, classified as World Heritage by UNESCO in 2013!
I am a Tour Guide since 2012, the year I decided to open my own tour business "GO! Walks Portugal" and started welcoming travelers from all around the World!
I have a deep passion for my hometown but I am also very knowledgeable about Portugal in general, since I am graduated in Tourism, Leisure & Heritage by the University of Coimbra - a degree focused on areas such as History, Languages, Geography and UNESCO sites. I have traveled all around the country on my own, and I have also built and guided customized routes to travelers throughout Portuguese territory between 2015 and 2020. In 2020, during COVID lock-down, I have created a YouTube Travel Channel under the name "GO! Walks Portugal" and currently I am mostly working on that, until travelers come back to Portugal in full force!
I am fluent in Portuguese, English and Spanish. I have learnt German (highschool, for 3 years) and Italian (University, for 2 years) as well and I want to review those in a near future.
I love Nature and World Heritage Sites. I am a singer and absolutely love music. I am an advocate for Animal and Human Rights and try to do volunteer work on that as much as possible. Minimalist and Zero-Waster wannabe!

Largo da Portagem is a square by Mondego River and the city's main bridge (Ponte de Santa Clara). You will find both street parking and underground parking right next to it. If you're coming by train, the train station Coimbra-A is just a 2 minutes walk from here! There are plenty of cafes surrounding the meeting point, so that you can use a toilet, buy a bottle of water or a coffee to go!

Coimbra is relatively safe but make sure to keep your wallet safe! Bring sunscreen, good walking shoes, a bottle of water, sunglasses... and your camera because I am sure you'll want to take some pictures of the beautiful places you will find along the way.

Preview mode limited to first 3 locations.
Purchase to hear all 34.

Highlights from the historical centre of Coimbra, Portugal’s oldest city

Lose yourself on Coimbra's cobbles, echoing with mournful Fado melodies
By: Sara Cruz
(0)