This walk is based on the major locations featured in my book Midnight in Peking (Penguin, 2012) that retold the story of the horrific murder in 1937 of a young Englishwoman, Pamela Werner, in Peking on the eve of the Japanese invasion of the city.

It covers Pamela's former home on Armour Factory Alley, the Fox Tower (Dongbianmen) watchtower where her body was discovered, the former Badlands red light entertainment district of Peking and the former Legation Quarter, home to embassies and clubs of the foreign colony of Peking in the 1930s and also where many of the suspects in Pamela's murder spent their days.

IMPORTANT: There is a GPS offset in China, and as a result your position on Google and Apple maps will be incorrect. This issue doesn't affect the offline map, so after you've downloaded all the audio files, but before you hit start, turn off WiFi and data and you'll be able to track your position on the route. 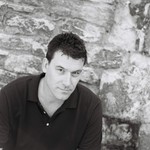 Long-time Shanghai resident, Paul French is the author of the New York Times best seller Midnight in Peking (Penguin), a true crime story of the grisly murder of a young English woman in 1937 in Peking. French’s account, and his own sleuthing, makes for an eloquent examination of the harrowing last days of colonial Peking. Midnight in Peking was a BBC Radio 4 Book of the Week, a New York Times Bestseller, was awarded an “Edgar” by the Mystery Writers of America and is currently being developed as a series for UK TV by Kudos Film and Television. French has just published a Penguin Special continuing his investigations into the seedy underbelly of 1930s China called The Badlands: Decadent Playground of Old Peking. He is now working on the third of his Badlands trilogy, which takes us into the dancehalls, casinos and whorehouses of wartime Shanghai.

The walk starts from the Beijing Railway Station, located between Chongwen Gate and Dongbian Gate, in the Dongcheng District and a short walk from the major thoroughfare of Chang'An Avenue.

On Armour Factory Alley do stop at the Zhong'an Hotel which sits on the site of Edgar Snow's (Red Star Over China) former Peking residence - there's a small plaque. Inside the Fox Tower (entrance RMB10) is both the excellent Red Gate art gallery and a great view across Beijing and along the last remnants of the mostly destroyed Tartar Wall. After that, while walking alongside the wall, do stop at the small cafe about half way along - it's a former small railway station for the trains that once ran round the entire wall. In the Legation Quarter don't forget to take a look at St. Michael's Catholic Church while, just past the former French Legation, is a small Sichuanese restaurant that's not bad and it's the former International (run by the French) Post Office. Further along Dongjiaomin is the Beijing Police Museum (no.36) which includes examples of the police uniforms from the 1930s. Finally, you can finish up at one of the restaurants or bars in the former American Legation, just off the southeast corner of Tiananmen Square, or walk through the complex, use the underpass to Qianmen Street where Capital M has a bar and great restaurant.

I would suggest doing this walk at night - to get the atmosphere of the 1930s and the dark world of Peking that Pamela knew this is the best time. However, the Fox Tower is floodlit at night and the former Badlands are a riot of small eateries, motels, lanes and alleys while the Legation Quarter is dark, still and largely free of traffic at this time.

Crossing the road in Beijing is an experience always fraught with danger - look both ways and never expect cars to slow down for you!

Hear the tale of Pamela Werner's horrific murder, based on "Midnight in Peking"
By: Paul French
(43)