The Battlements of History: A Tour of York’s City Walls

You’ll find the country’s most complete city walls encircling York, and this walking tour takes you on a complete circuit of them. Along the way, you’ll hear the extraordinary history of this magical city, and find out about the Romans, Vikings, Normans and medieval citizens of York who built, defended, attacked and sometimes died here, on and around these ancient walls.

On this tour, you’ll see and hear about:

• The magnificent cathedral of York Minster
• The four impressive city gates, each with its own story
• The dominating remains of York Castle
• The last remains of the Roman occupation of York 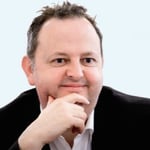 A York resident, passionate about the history and present of this extraordinary city.

At the main entrance to the Yorkshire Museum in the museum gardens, just off Museum Street in the centre of the city

If you want a coffee or a drink there are lots of cafes and pubs near each of the four main gates we pass through - so those are probably the easiest places to break your walk. There are public toilets at Bootham Bar early on in the walk, At St George's Field, off to the left across the road as you walk between FIshergate Postern and York castle just over half way around, and at the top of Nunnery Lane near Micklegate Bar about three quarters of the way around the walls.

The City Walls are only open in the daylight hours, so make sure you have got time to finish the walk before dusk.

You cannot take dogs onto the walls. There are some places where there are drops without railings on one side of the walls - the drops are not too high and onto grass - but you might want to keep an eye on children. During COVID you can only walk clockwise around the walls but this is the route the walk takes so will not be a problem.

Preview mode limited to first 3 locations.
Purchase to hear all 49.

The Battlements of History: A Tour of York’s City Walls

Retrace the history of York on a circuit of England's most complete city walls
By: James Easton
(1)