Walk the old town of Vilnius: from Cathedral Square to the Gate of Dawn

Throughout their history, Lithuania and the other Baltic states have followed a different path to the rest of Europe. It’s a path that’s not well-known to the wider world. But since Lithuania became independent in 1990, its capital Vilnius has opened up to the world, merging influences both local and international. Today it’s a colorful, diverse, cosmopolitan city. As we say here, to get to know Vilnius is to fall in love with Vilnius.

On this tour, I’ll show you my hometown from a local perspective telling stories about it that I find fascinating along with some of my own, personal stories. We’ll start in the heart of the city, at Cathedral Square, then stroll through the cobbled streets of the old town and end at the Gate of Dawn. Along the way, we’ll discover baroque churches sitting side by side with craft eateries where you’ll get a chance to sample local chocolate, cannabis beer and cheese ice cream. I’ll also fill you in on the heartbreaking stories of the Jewish ghetto, and the figures who shaped the character of Lithuania’s people.

By the end of the tour, you’ll have discovered:

Join me to seek out the best of what Vilnius has to offer. 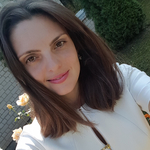 I'm a psychologist by training, but became a guide because of a love of history, people and my country. When I work and show my country to travellers I feel like I travel too, just in my mind, while my guests are sharing their life experience with me. My recently read book is "Bloodlands" by Timothy Snyder, while the next big trip is planned to Thailand and Malaysia.

You can take this tour any time, but daytime is the best.

The area is very safe, but use normal precautions against pickpockets because you never know! Please note the tour does not include entrance to any sites on the route.

Walk the old town of Vilnius: from Cathedral Square to the Gate of Dawn

Explore the birthplace of Lithuania in the Old Town of Vilnius
By: Agnieska Kasinska
(1)