No trip to Vancouver is complete without visiting Stanley Park, and there’s no better way to explore the park than by cycling the seawall, one of the most beautiful bike rides in the world!
In this tour, we explore the seawall as it hugs the magnificent Vancouver coastline as well as views of the iconic Vancouver Convention Center, the marvellous mountains, the Vancouver harbour, the green Lion’s Gate Bridge, and the beaches of Stanley Park.
Through the cycling tour we uncover why the 1500 pound Nine O’clock Cannon was kidnapped and what alleged treasures are buried in the cricket grounds of Stanley park, as well as the history and defining events that have lead to Stanley Park topping the list of Best Urban Parks in the world.

Please note: There is no place to rent bicycles inside the Park. There are a number of rental shops on Denman Street prior to entering the park. 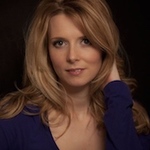 I was born in British Columbia but have lived all over the world. The one constant in my life has been my love for traveling.
The stories I find captivating are not the ones you’ll find on a wikipedia page or in a guide book, but anecdotes with local lore. My tours reflect this.

There is no place to rent bicycles inside the Park. There are a number of rental shops on Denman Street prior to entering the park.

Driving… from downtown Vancouver
Enter Stanley Park from Georgia Street. As you enter the roundabout take the first right and go under an overpass. Continue 200m along Park Drive until you see the information booth. The parking lot on the left side of the road is the the starting point for the tour.

Cycle… from downtown Vancouver
From the intersection of Georgia and Denman Streets cycle 1 block north on Denman to the waterfront; continue along the seawall towards the forested expanse (6 minutes); on your right you will pass the Rowing Club building, continue 100m and you will be able to see the information booth. The parking lot on the left side of the road is the the starting point for the tour.

Public Transit… from downtown Vancouver
Catch the "Stanley Park" bus #19 on Pender Street. Disembark at the first stop in the park (just before the roundabout) at the foot of Pipeline Road. Follow the road, under the overpass. A two-minute walk on that road will lead you to the information booth. The parking lot on the left side of the road is the starting point for the tour.

Watch the Seaplanes take off and land from the Harry Jerome Statue. Have a picnic at Third Beach Concession, or go for a swim at Second Beach pool.

Stanley Park is open from sunrise to sunset.

As the most popular Vancouver bike route, the Stanley Park bike path can get very busy. Follow the signs and do what the locals do! It’s perfectly acceptable to ding your bike bell (politely).
If you arrive by car, be sure to pay for parking. The parking rules are strictly enforced.
During rush hour times, driving into the park can be a headache. You may prefer to ride your bike from downtown to the starting point.

Preview mode limited to first 3 locations.
Purchase to hear all 26.