Exploring the Historical Centre of The Hague

On this tour you'll meet the beautiful old city centre, where kings reign and some of the world's most famous art is displayed. We'll begin our journey at the Mauritshuis and find out how The Hague grew from a small settlement to the centre of political power in the Netherlands, and end the tour with a stroll along the country's most famous avenue. Along the way, we'll stop by a square that was the site of many executions, a notorious former prison, and I'll point out the best fish-shack in town. The Hague forms a rich part of the Netherlands' history and the characters that people it. Join me to uncover some of these people and their stories. 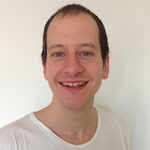 Hello! Nice to meet you. 33 years ago I was born in the Hague at the Zeeheldenkwartier, an area near the city centre. I record bands and voice-over artists, as well as translating VoiceMap tours into Dutch and recording the voice-overs. It's wonderful to discover special stories told by local storytellers all around the world. You can visit the facebook profile for the company Kijksluiter I work for. I record voice-overs for them.

Plein 29, 2511 CS Den Haag, The easiest way is to walk from central station. It's nearly a straightline. Also there are signs placed with the directions to Mauritshuis.

This tour can be done at any time of day. The Mauritshuis gates are open daily between 10am - 6pm and til 8pm on Thursday.

Always watch out for traffic. The dutchies like their bicycles very much

Thanks, it was interesting and quite an informative tour. Laurens did a good work.

Posted by Yegor S , over 1 year ago

Exploring the Historical Centre of The Hague

Hit the bricks on this journey through the historical heart of The Hague
By: Laurens ten Berge
(7)