How did Sacramento come to be California's capital city?
What was the city's founder, a Swiss named Johann Sutter, doing here in what once was Spanish territory?
How did his efforts to expand a fort here at the confluence of two rivers lead to the discovery of gold and the rush to come get it?
Learn the answers and more by taking this 2-hour tour by bicycle. We will depart and finish at the Capitol, stopping along the way at markers and structures that tell us about the founding of this city and the Gold Rush of 1849. 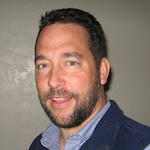 Born in the Golden State; been a resident of Sacramento since 1999. I enjoy cycling, tennis, sailing and local history.

Before dark; before the parks close at 5pm; this tour takes 2 hours by bicycle

Bikes can be rented in Old Sacramento at Practical Cycle. Also, at bike racks throughout the city from a bike share program - www.bikethetower.com; lock them if you leave them

Preview mode limited to first 3 locations.
Purchase to hear all 32.

Cycle through the history of Sacramento and the Californian gold rush
By: Marc Christensen
(0)