INFINITE CITY is a series of walking tours exploring New York City in endless detail. And this is the second tour in the series.

On this thirty-minute tour, we’ll walk two loops around a section of Greenwich Village. Each successive trip around the block reveals another layer of information about the people, buildings and trees surrounding you. First, you’ll learn of the bacchanalian and tragic history of a block that was once the center of Bohemia, the imaginary kingdom of artists and eccentrics that would eventually mutate into the beatniks and hippies. Then, on the second loop, you’ll uncover the foundations of the building’s predecessors on this ever-changing street.

Each tour in the INFINITE CITY series is an accumulation of a particular place’s memories, and an obsessive compendium of its endless minutiae. Keep a look out for the release of other tours in the series on the VoiceMap app soon! 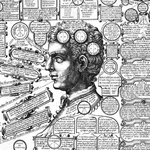 Stay aware of traffic, especially bicyclists who can come from both directions.

Preview mode limited to first 3 locations.
Purchase to hear all 23.

Find Bohemia, Bacchus and the Beatniks while you circle a single NYC block
By: Akiva Saunders
(2)