Looking for Louis: In Search of Satchmo's Lost New Orleans

New Orleans is the birthplace of jazz and also the hometown to one of its most influential figures, Louis Armstrong. Louis, also known as Satchmo, became an ambassador of jazz to the world. His career spanned five decades over many diverse eras of jazz. Join me on a stroll of where it all began in his old stomping ground, the neighborhood that was known as Back of Town. 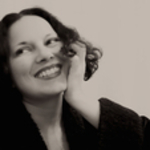 Kristin Fouquet is a writer and photographer in the lovely city of New Orleans. Her short fiction and fine art and street photography have been published widely online and in print. She is the author of Twenty Stories, Rampart and Toulouse, The Olive Stain, and Surreptitiously Yours. Kristin is an avid lover of jazz. She has had the pleasure of witnessing some of the jazz greats, past and present. She has documented some of the spots on her audio tour, "Seeking Live Jazz in Contemporary New Orleans," on her YouTube channel here: https://www.youtube.com/user/KristinFouquet

We begin at Holiday Inn New Orleans- Downtown Superdome Hotel located at 330 Loyola Avenue. If on foot, simply walk to Loyola Ave. and find the hotel between Gravier and Perdido Streets. The Loyola Avenue Streetcar also stops near the hotel. If driving, the hotel has a parking lot or you will find many in the vicinity. If parking on the street at a meter, check times and fees.

Keep an eye on your belongings and be aware of your surroundings.

Great story about how Louie Armstrong started his life and career. Unfortunately most of the historic buildings are gone so you are walking a loop around parking lots and modern office buildings except for three or four buildings that survived ill advised urban renewal in the 1960s.

Posted by Anonymous Explorer , 7 months ago

Preview mode limited to first 3 locations. Purchase to hear all 24.

Looking for Louis: In Search of Satchmo's Lost New Orleans

Seek out traces of Louis "Satchmo" Armstrong in NOLA's Back of Town
By: Kristin Fouquet
(5)