The Killing of a King: Public Executions in 17th-Century Westminster

Back in the 1600s, Londoners would gather to witness a very particular form of public entertainment. Hushed crowds would wait in anticipation for an offender to meet their end at the hands of an executioner. On the 30th January 1649, it was the reigning monarch, King Charles I, who had an appointment with the man who would end his life.

This walking tour charts the life and death of this ill-fated king, taking you to some of London’s most famous and iconic sights including:

• Henry VIII’s hunting lodge-turned-royal palace
• Some of the oldest luxury shops in the world
• One of London’s most picturesque royal parks, once home to an elephant
• The abbey where all kings and queens have their coronation
• The ancient hall where Charles I was put on trial
• Henry VIII’s favoured jousting ground
• The remains of what was once Europe's largest palace

Join me on this walk and soak up the unique atmosphere of St James’s and Westminster. 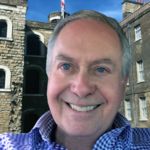 I’m Ian Grover, a licensed London tour guide, voice artist and audio producer. It’s my pleasure to guide visitors around this great city, to show its iconic sights and its hidden gems, and to let people in on the stories, the scandals and the gossip that over the centuries have helped shape the London we know today.

The tour begins at the corner of the world famous Piccadilly where it meets St James's Street. You should start next to the entrance of the fabulous Caviar House & Prunier seafood restaurant that you'll find at that location. For over 140 years Caviar House has been providing an unforgettable experience by producing the finest quality and best tasting caviar and smoked salmon in the world.

The best way to get there is via the London Underground. The nearest station is Green Park which is served by the Piccadilly, Jubilee and Victoria lines. The starting point is just a 2 minute walk from the station which will take you past the iconic Ritz Hotel and the grand Wolseley Restaurant.

There are plenty of places to stop for refreshment along the way. The Cellarium Cafe in Westminster Abbey is a great place for either breakfast, a quick cuppa or a full afternoon tea while you soak up the atmosphere of this historic place. You could also mingle with Members of Parliament in one of the pubs close to the Houses of Parliament. Enjoy watching them hurriedly gulp down their beers when the bell sounds that tells them they must get back to Parliament. We'll finish close to Trafalgar Square which houses both the National Gallery and the National Portrait Gallery. Both of these have excellent restaurants and you can never have enough of viewing the magnificent portraits displayed in them.

The tour is best taken between 7am and 6pm and is suitable 7 days a week throughout the year. You will pass through the area that takes in the famous Changing of the Guard from 10:30 until 12 noon. Bear this in mind depending on whether you'd like to experience the event or would prefer to avoid the crowds.

St James's and Westminster are generally very safe areas to walk through and you'll experience a lively and cosmopolitan atmosphere. Traffic is likely to be busy and remember that in this country we drive on the left side of the road. Take extra care when crossing roads and make sure you look both ways before you step into the road.

Our weather is notoriously changeable so it's always a good idea to wear layers so that you can adapt as conditions change.

Really interesting tour. Having Charles1 story threaded through the walk, adding context, brought the places seen to life. It was rather poignant reaching the end of the tour while hearing of the end his life, seeing ourselves the last sights he would have seen

Posted by Anonymous Explorer , 19 days ago

Preview mode limited to first 3 locations.
Purchase to hear all 34.

The Killing of a King: Public Executions in 17th-Century Westminster

Retrace the final steps of King Charles I from palace to execution block
By: Ian Grover
(2)