The Modoc War: A Homeland Lost

Join Modoc descendent Cheewa James on a riveting and epic driving journey through the historic sites of the Modoc War, starting from Klamath Falls, Oregon to the Lava Beds National Monument in California. Along the way you’ll discover the roots of the Modoc War, hear Modoc and settler stories, and learn what life was like during this turbulent episode in American history. You’ll also pass through the charming communities of Merrill and Malin, and explore several archeological wonders, including Petroglyph Point, Captain Jack’s Stronghold and the impressive Lava Beds National Monument. As the great-granddaughter of the Modoc Warrior Shkeitko (better known as Shacknasty Jim), James' firsthand knowledge and imaginative voice bring the events and landscapes to life in a way you’ve never heard them before.

Cheewa James was born at the Klamath Indian Agency, Oregon. Her great-grandfather Shkeitko— Shacknasty Jim—was a warrior in the 1873 Modoc War. Cheewa attended the University of Oregon and graduated from Northwest Missouri State University. She was a ranger-historian at the Lava Beds National Monument and authored MODOC: The Tribe That Wouldn’t Die. She was also a talk show hostess and anchorwoman in southern Oregon. 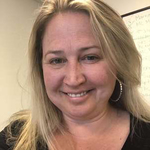 Megan Peterson is the content marketing manager for Discover Siskiyou and an independent writer-producer. The tour was created with historic input from Cheewa James, Ryan Bartholomew of the Malin Historical Society and Todd Kepple of the Klamath County Museum, and is a product of the Klamath Basin Rural Tourism Studio, a community-led effort in partnership with Travel Oregon, Discover Klamath, Discover Siskiyou and Rural Klamath Connects.

This tour begins in front of the Klamath County Museum on Main Street, address: 1451 Main St, Klamath Falls, OR 97601. You will want to be parked in one of the diagonal parking spaces in the front of the museum on the same side of the street (ideally with a full tank of gas).

Along this tour, some additional places we stop along the way are the Klamath County Museum, the Merrill Historical and Modoc War Museum, Stone Bridge, the Malin Park Settlers Monument, the Malin Historical Society & Museum and the Warm Springs Indian Graves.

This tour can be taken at any time, though for maximum enjoyment and to ensure all of the sites are open, we recommend Tuesday through Saturday from 10 AM to 5 PM

This route travels along several country roads that are also sometimes used by farm equipment, so please use courtesy and caution - driving a little slower will also give you time to soak in the beauty of where you’re driving! Also, it’s advised to wear sturdy shoes in some of the places you explore, and a pair of binoculars can be handy (but not necessary to enjoy the tour).

Excellent tour! Only made one wrong turn (our fault) and would highly recommend. Informative, entertaining, paced well and easy stop/start feature. Gives us more!

It would have been nice to mention the Tule Lake Segregation Center, which the tour goes by (County road 113 and state highway 139), where more than 12,000 Japanese Americans were imprisoned and punished for protesting the injustice of their WWII incarnation. Perhaps the topic of another tour?

Great idea for new tour - we considered mentioning it but there was so much information to cover and not enough time/space to do it justice! I appreciate your feedback!

Posted by Megan , over 1 year ago

The Modoc War: A Homeland Lost

Journey into the heart of the Modoc homeland with tales of bravery and adventure
By: Megan Peterson
(27)