Harry Potter’s Edinburgh: From the castle to Diagon Alley and Elephant House

Come with me Muggles, and explore the Edinburgh that inspired J.K. Rowling’s global phenomenon! We'll explore the secret alleyways of the Old Town, starting at Edinburgh Castle, then we'll wander down to “Diagon Alley” and find the gravestones of Voldemort and some other well-known characters from the Harry Potter series. We'll spot “Hogwarts School of Wizardry” along the way too, and if you like, you can stop in at the famous and not-so-famous cafes where J.K. Rowling wrote before Harry Potter became a best-seller.

Our journey will include:

• A fantastic view of the Edinburgh Castle from the esplanade in front of it
• The Royal Mile, Old Town’s most famous street
• The Writer’s Museum, a literature fan’s heaven
• Victoria Street, one of Scotland's most photographed streets
• The Grassmarket where you’ll hear a story of one very lucky lady from the 1700s.
• Greyfriar’s Graveyard 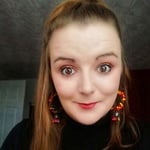 Hi, my name is Kat - I am originally from the North East of Scotland. I relocated to the city of Edinburgh 7 years ago to study at University. I have a degree in Tourism Management and focussed my university thesis paper on Scottish film sites, and in particular, Harry Potter. In 2018 I started my own tour company - Travel Kat Tours. We specialise in small group and private tours around the U.K. leaving from Edinburgh. Our Walking Tour in Edinburgh is one of the top rated experiences on Airbnb and we have taken over 2000 clients on our tours since our launch in 2018. We have 5-star rating reviews and thrive upon showcasing our beautiful country. When I am not showing guests around Edinburgh, I also maintain a travel blog and try to explore as much as I can. I have been lucky enough to have visited over 50 countries, but I still maintain that Scotland is my favourite!

We will begin the tour on the Edinburgh Castle esplanade. It’s the large flat area in front of the Castle gate. To get there walk to the very top of the Royal Mile.

The address on google maps is Castlehill. Head up the Royal Mile, when you are near the top you will spot on your right the Tartan Weaving Mill, walk past it and position yourself in the middle of the esplanade.

There are no direct bus routes to Edinburgh Castle, it is a pedestrian area. However, you can get a local city bus to the North Bridge area, and then it is a 10-minute walk uphill to the starting point.

I recommend a visit to Edinburgh Castle. If you intend to go - book your tickets online, it is cheaper.

I also recommend a few eateries near the Grassmarket area. There is Mary’s Milk Bar, an independent ice-cream parlour, they even have a tea and biscuit flavour ice-cream! On Victoria Street there is a Scottish restaurant called Howies, you can sample Scottish cuisine, such as Haggis! They also have a 2-course lunch for £12.50.

If you want to purchase cheaper cashmere or woollen products, I recommend a look in the Tartan Weaving Mill on Castlehill, they make the products on-site and often have good discounted rates.

In my opinion, the tour is best done in daylight. If you want to enter the Castle, plan your visit around 1pm. 6 days a week there will be a cannon fired at exactly one O’ clock, it is quite a spectacle!

If you’d like to visit the Writer’s Museum, it is open between 10am - 5pm. The city is generally quieter early in the morning.

If you are visiting at the end of July or at any time during the month of August, the city will be very busy. The Castle esplanade will also look different. During the summer months, the esplanade is used as a concert stadium and for 25 nights in August for the Royal Edinburgh Military Tattoo show. Because this is a military event, access to the esplanade will be restricted after 16:45. Please bear this in mind when starting the tour.

Edinburgh is a safe city, just be careful of oncoming traffic on the Royal Mile and as you come out of the Greyfriars Kirkyard. Be prepared for the typical Scottish weather, it is advisable to pack waterproofs and sturdy footwear. The graveyard can be muddy.

Great tour and very easy to follow the directions!

Posted by Anonymous Explorer , 6 months ago

Posted by Katrina , 5 months ago

Brilliant audio tour!! Even from the comfort of my own home the tour provides magical stories and a fascinating insight to JK’s Rowling inspiration for the Harry Potter books! 10/10 would recommend!

Posted by Anonymous Explorer , 8 months ago

Thanks for the kind words, glad you enjoyed.

Posted by Katrina , 8 months ago

Preview mode limited to first 3 locations.
Purchase to hear all 30.

Harry Potter’s Edinburgh: From the castle to Diagon Alley and Elephant House

Dive into the world of witchcraft and wizardry on this Harry Potter themed walk
By: Katrina Milne
(14)