A group of student veterans from the University of Massachusetts Boston take you on a walk of South Boston's war memorials, honoring the courage and sacrifice of New England's military veterans. Walk from the Seaport District, across the Commonwealth Flats, to the tip of Castle Island in the Boston Harbor. Learn about prominent sites in South Boston's military history, while hearing five Congressional Medal of Honor recipients share their stories: Staff Sergeant Ryan Pitts, Colonel Jack Jacobs, Colonel Harvey Barnum, Captain Thomas Kelley, and Captain Thomas Hudner.

This walk was produced in honor of the Medal of Honor Convention, held in Boston in September 2015, with support from UMass Boston's English Department, Office of Community Relations, Office of Veterans Affairs, and WUMB Radio. 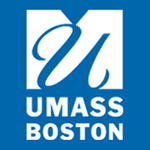 We're a group of student veterans at the University of Massachusetts Boston. We worked together to produce this project as part of a course called "Oral History and the Veteran Experience," taught by Professor Erin Anderson in Fall 2015.

Start outside of Gather restaurant at District Hall (75 Northern Avenue), across the street from the Institute for Contemporary Art. Take the Red Line to South Station, walk across the Congress Street Bridge, and take a left on Boston Wharf Road (15 minutes walk). Paid parking is available in the adjacent lot on Northern Avenue.

This is very nicely done! Perhaps information could be added about South Boston WWI Medal of Honor recipient Michael J. Perkins, after whom a school is named and a American Legion Post #67, both in South Boston. His Hero Square is located at the intersection of Broadway and Dorchester Street in South Boston. He was a brave and important South Bostonian, and this year 2017 is the 100th Anniversary of the United States entry into WWI

Posted by Mary Ryan , over 3 years ago

Young voices with military backgrounds of their own share powerful events and individual moments in this walk. I highly recommend the experience.

Posted by Anonymous Explorer , over 5 years ago

Hear from Medal of Honor recipients on a guided walk of the city's war memorials
By: UMass Boston Student Veterans
(13)