This walks follows an itinerary that for 15 years, while the civil war raged in Lebanon, was impossible to do. For 15 years, Beirut was a divided city. One half - the East - was Christian, the West was Muslim. There were few crossings between the two sides, many under the control of snipers and therefore deadly.

This walk resurrects the story of the war and the areas most affected by it in Beirut but it also showcases the many, many layers the city has. Beirut is over 5000 years old. Anywhere you dig, you will find something historically significant. Along this route you will get an idea of the city a hundred years ago, of the damage caused by the civil war and the reconstruction period when many structures that survived were torn down.

You will also get to know some historical and not so historical landmarks, such as Martyr's Square, the Egg, Beit Beirut or Falafel Sahyoun. And because the past and the war are omnipresent and Lebanon is a most nostalgic country, I will also tell you of places that don't exist anymore. But since they remain in the memories of many people, I think you should know about them too. 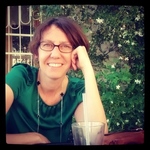 For the past 9 years, I've been a features writer with a passion for the seventh art, a keen interest in culture and mobility, as well as social and environmental subjects. Besides writing, I've also worked on many projects in the fields of arts and culture, notably a circus, puppet companies, I organised film festivals and screenings as well as ran a mobile cinema project. Half French, half German by origin possibly explains why I'm drawn to divided countries and diverse societies: Cape Town in South Africa was my home for 15 years before I came to Beirut in Lebanon in early 2012. I love hiking, music, cycling, cooking and travelling and look forward to take you on more routes around the Eastern Mediterranean.

Samir Kassir Square is right next to An Nahar newspaper, a huge building at the bottom of Martyr's Square. Taxi or "servis" drivers in Beirut know this newspaper. So this is the best address to provide. If you walk, aim at Martyr's Square, then walk towards the Le Gray hotel and below the hotel, you will see a rectangular shaped fountain and the sculpture of Samir Kassir. Coming from Hamra, aim for the mall Beirut Souks and continue on Weygand Street towards An Nahar.

You can purchase Samir Kassir's book on Beirut at Virgin Megastore. Arabic style coffee is sold a few metres up from Sahyoun. If the falafel at Sayhoun was not enough, then eat at CafeSho if you like Asian-inspired fusion food or for local fare, try Al Falamanki. Both restaurants are situated in the upper section of Monot.

If you want to sit down for a coffee or meal at the end of the route, ask at the museum for directions to Badaro, which is a small neighbourhood next to the Smalville Hotel that has nice art deco architecture and a few lovely cafes and eateries. Onno, Roy's and Troika are nice places to eat and watch the world go by.

You can engage people especially above the age of 50 in a conversation about the Green Line - Badaro was right on it.

The biggest challenge you will face will be scooters, motorbikes, cars, trucks-lots of them! And coming from all sorts of angles. Always keep an eye on the road while listening. You can ignore the beeping-it is quite likely not aimed at you....

I recommend you wear comfortable walking shoes and depending on the time of the year, an umbrella between December and March, and a light jumper or jacket during mid-season especially for the museums that might have aircon on. Wear a hat or cap and carry plenty of water in summer.

Preview mode limited to first 3 locations.
Purchase to hear all 35.