Snaking from the "tourist ghetto" of Khao San Road to one of the best views across the river, this route also stops at some first-class royal temples and a lovely park centered around a sad memorial. We wander through a back neighborhood or two. We also pass by Wat Pho and Wat Phra Kaew, and I explain why one - or both - might not be worth your time. 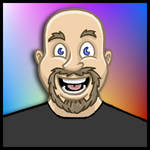 Came to Thailand in 2001 on a short vacation. Forgot to go home. Now a married family man with no plans to leave. I love Bangkok in all its awful, exciting, grimy, gorgeous glory.

Start at the east end of Khao San Road, right outside the Burger King.

This tour is best started around 3pm and takes about 2 hours - more if you dawdle at the temple stops or park. If we time it right, we should finish on a rooftop bar just around sundown. You may do the route any time you like, but the bars at the end only open in the evening, and it's generally quite hot during midday hours.

I CAN NOT STRESS THIS ENOUGH: If you're approached by anyone in this area, including pretty girls, handsome guys, monks, old men, students or taxi drivers, it's almost certain that they're trying to talk you into some type of scam. Common tactics include asking where you’re going, telling you anything is closed, or pretending to want to have a friendly chat. Smile, shake your head, and keep on walking. These people aren't dangerous in the least, they're just annoying as hell!

Amazing tour. Great walk with the kids. They love the audio concept (we use it with a little speaker). Please create more tours!

Posted by Anonymous Explorer , about 2 months ago

Posted by Greg , about 2 months ago

Very nice walk, directions step by step. Only wish there was more information given on the surroundings and landmarks.

Posted by Maxim , over 2 years ago

Glad you enjoyed it, and thanks for the feedback. :)

Posted by Greg , over 2 years ago

Posted by Anonymous Explorer , over 3 years ago

Thanks very much, glad you enjoyed it!

Posted by Greg , over 3 years ago

Preview mode limited to first 3 locations.
Purchase to hear all 39.

Take a light-hearted walk from Khao San Road to the best views across the river
By: Greg Jorgensen
(19)