This is my favorite walk in the center of Athens. The majority of the buildings were constructed just after the creation of the Greek state in 1830. It was the king's attempt to transform Athens from a small village of a few thousands of people to a European capital. 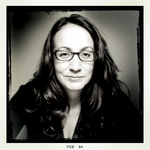 Nikolia is a journalist currently sharing her time between Lesbos and Athens, Greece. For the past five years, she has been writing and doing video based out of Greece for The Associated Press, AJ+, The New York Times, USAToday, Deutsche Welle, Al-Jazeera Magazine, The Economist, Newsweek, The Christian Science Monitor, Global Post, and others.

Nikolia earned her Master’s Degree in Digital Media at the Columbia University Graduate School of Journalism and her Bachelor’s Degree at Panteion University, in Athens, Greece majoring in journalism. She’s lived in Istanbul, Riyadh, and New York, and keeps traveling the globe.

Start from the middle of Syntagma Square in front of the fountain.

There is a coffee shop at the Numismatic Museum, in the middle of the route. Visit the Archaeological Museum at the end of the tour, and have a rest at either of the two coffee shops nearby.

Any time is good. In summer, try to avoid walking between 12 and 5pm when the sun is at its hottest.

Sunblock and a hat are needed in the summer. Avoid protest days if you don't want to get tear-gassed. Keep informed about current unrest in the city, before starting this tour.

Take a walk through central Athens to discover some of its architectural gems
By: Nikolia Apostolou
(6)