Journey through one of Kitchener's oldest neighbourhoods, the Civic Centre Neighbourhood Heritage Conservation District. This area was (and, in some cases, still is) home to many former mayors, doctors, and people from key industries, such as the influential Breithaupt family who helped transform Kitchener into the city it is today. This walking tour takes you through several streets adorned with large and intricately-designed homes and other buildings that showcase architecture from the late 1800s onwards.

Along the way, you'll also hear about:

Come along and explore this beautiful heritage district, which remains a very attractive place to live today. 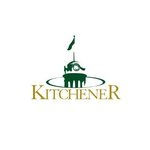 With over 240,000 people, the City of Kitchener is home to a highly innovative and diversified economy, with clusters of businesses that are continually reinventing themselves. With enriching recreational programs for all ages, live music, scenic walking trails and more, the City of Kitchener has a vital, sophisticated culture with a variety of amenities.

The Kitchener Public Library to view the mural, Enlightenment, and to visit the cafe and restrooms inside.

This tour takes place on sidewalks so be sure to wear proper footwear and dress appropriately for the weather. Be careful crossing intersections. Bring a water bottle along and be sure to charge your phone before the tour.

Meet the mayors, doctors and industry leaders who helped to transform Kitchener
By: City of Kitchener
(0)