A Guide to Galway by Bike: Hidden Gems, Haunting Stories and Stunning Vistas

Galway is a quaint medieval city with a big heart. I’ll show you the best of it on this cycling tour, which guides you through 800 years of history, visits all of the key sites, and helps you get to grips with modern Galway too.

We’ll start in the medieval quarter, where you’ll hear about events both surprising and gruesome. Then we’ll make our way through the city centre, visiting Galway’s most famous attractions – along with a few less well known sites – and we’ll end our tour at Salthill Village, where there are striking views of the Aran Islands.

Some of the highlights along the way include:

• Saint Nicholas Church
• The Spanish Arch and the rest of Galways’ city walls
• The National University of Ireland’s Galway campus and its enchanting grounds
• The majestic Galway Cathedral and its fabulous stained glass
• The beautiful tranquil paths along the Eglinton Canal
• A visit to Katie's Cottage, a traditional Irish cottage in the heart of the Claddagh
• The stunning vistas along Salthill Promenade stretching out across Galway Bay
• Blackrock Diving Tower, where you could go for a splash and experience an age old tradition enjoyed by hardy locals

You’ll also find out where the word “lynched” comes, who the Tribes of Galway were, and how Richard Martin founded the R.S.P.C.A. (I’ll delve into the darker side of Martin’s character too.) I’ll explain what to do if you’re trying to spot the legendary Claddagh ring and tell you the poignant story of Celia Griffin, who has become a symbol of what life here was like during the Great Famine.

This tour takes you to places you’d never find on your own. Galway is a safe city where there’s ‘craic’ to be had and the living is easy. If you only take one tour while in Ireland, choose this one! 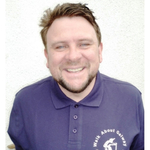 Derek is a qualified Failte Ireland Tour Guide and holds a BA (Hons.) Degree in History and Heritage Studies. He can trace his Galwegian roots back to 1776. Throughout his life, he has travelled extensively around the world and realised even then, the value of a good guide to bring a place alive. Absence makes the heart grow fonder, so Derek realised all that is special and unique about the history and culture of Galway, City of the Tribes.

The starting point is located outside Ceannt Station

An interesting and informative virtual trip around Galway

Posted by David , 9 days ago

An enjoyable jaunt around Galway and the Bay to Salthill

Posted by Patrick , 10 days ago

Thank you Patrick I'm glad you enjoyed the tour

Posted by Derek , 9 days ago

A Guide to Galway by Bike: Hidden Gems, Haunting Stories and Stunning Vistas

Pedal out to all of Galway's must-sees on this introduction with plenty of craic
By: Derek Spillane
(3)